Oops! Something went wrong while submitting the form.
Chelsea Handler 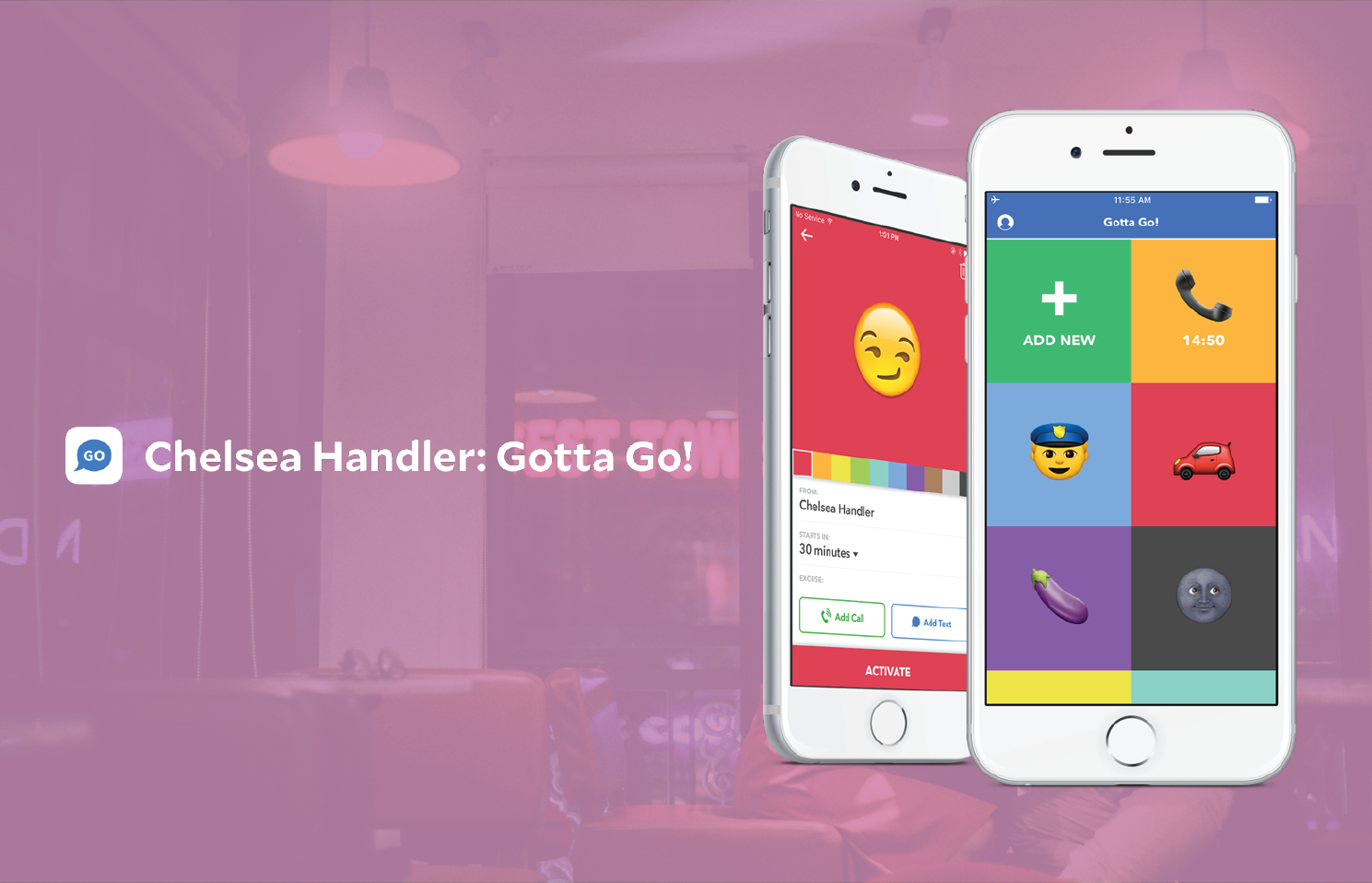 Comedian and celebrity personality, Chelsea Handler, partnered with us to build Gotta Go in conjunction with her Netflix documentary series.

The Netflix episode featured Yeti collaborating with Chelsea to build a real product that is both useful and entertaining. With just three taps the excuse generator app sends real calls and texts to your phone, springing you from any social snafu imaginable. Since it’s launch, the app has acquired over 100,000 users with almost 200,000 excuses created… and it’s still growing!

Our challenge with the Gotta Go app was devising the means to get Chelsea Handler, along with tens of thousands of other users, out of awkward social situations in as elegant a fashion as possible, using only their smartphones and creative excuse ideas.

We created an intuitive smartphone app which enables users to create customizable excuses in the form of real texts or calls to their phone. These excuses can be triggered prior to or in the midst of uncomfortable social encounters, providing users with a convenient ‘escape plan’.

An entertaining, useful, and popular app which has helped thousands to escape awkward social encounters, as evidenced by over 2,500 excuses being created per day, and over 100,000 ongoing, active users.

Find Joy Under Every Cap