3 Brands That Should Get Real About VR 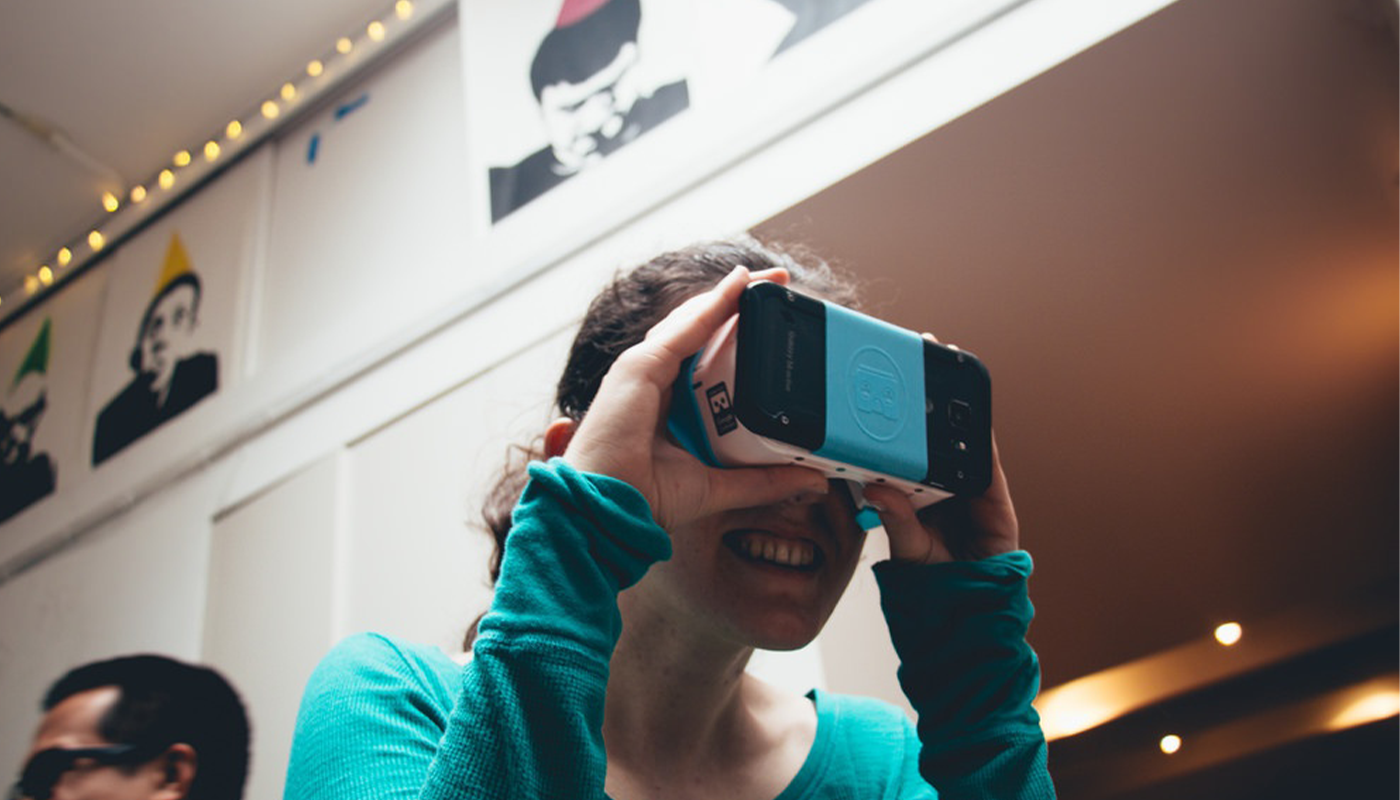 It’s getting harder by the month to dismiss virtual reality as a fad. Just last month, The New York Times sent a second round of Google Cardboards, and this month, the International Data Corp. projected augmented and virtual reality’s worldwide revenue to hit $162 billion by 2020. For perspective, that’s more than 10 times the global record industry’s revenue last year.

Nearly $4 billion has been invested in VR since 2010, with the combined AR/VR snowball growing by over $1 billion in the first two months of 2016. VR hardware alone is expected to blow the $2 billion mark this year. Even if you haven’t placed your chips on VR yet, the market has, and multibillion-dollar bets aren’t made lightly. So if your brand wants to cash in, too, then start thinking about VR’s possibilities.

The Many Worlds of VR

Media and entertainment companies are obvious picks for VR, but we see much broader opportunities ahead. In fact, our recent survey of product developers identified a number of industries that VR is poised to reinvent. Education, healthcare, travel, arts, real estate, and many more stand to benefit in coming years.

If that sounds strange to you, watch Google’s Spotlight Story “Pearl.” Directed by a former Disney animator, it combines beautiful storytelling and visual details to immerse the viewer in the characters’ reality, even when viewed online using a mouse to direct your view.

Brands We Want to Try VR

We can’t wait to see which brands make the most of VR, but, of course, we have our wish list:

We grew up with our noses in books, cramming facts for quizzes and essays, but education could be very different for the next generation of learners. With any luck, this media and education company will pioneer the “everyday adventure” by reimagining its beloved stories. It could take us to the land of Dr. Seuss’ “Green Eggs and Ham,” the enchanting wilderness of “Where the Wild Things Are,” or the cutthroat dystopia of “The Hunger Games.”

Scholastic, as we see it, could use a recurring subscription model for sharing content. This would guarantee a continuous revenue stream from schools and libraries that renew VR licenses each year. Through immersive journeys, students would relate to characters, appreciate other cultures, and become more curious learners. Who doesn’t want to relive classics like “The Giver” and “Charlotte’s Web”?

Language learning is quickly becoming a “must” across the developed world, but America lags noticeably behind. To help our country catch up, VR could transport language learners to foreign paradises like Costa Rica, Paris, and Florence. Anybody who’s taken a beginner’s French class knows how difficult it is to learn languages from a textbook, and immersion offers a welcome staycation.

As virtual travelers explore new lands, they’d learn language naturally by answering locals’ questions, interacting with virtual businesses, and reading signs and guideposts. The experience could even be gamified: If you’re presented with a question and you get it right, you’d proceed to the next stage in the journey. Get it wrong, and you could even end up in virtual jail — game over.

Virgin Airlines: Exotic travels while still on the ground

There’s no getting around it: Flying is a headache. But what if airlines leveraged VR to make the experience a vacation in itself? Imagine you’ve checked your bags, twisted through snaking security lines, and finally reached your terminal. With no expectation but to spend the next hour endlessly scrolling through Facebook — a Virgin representative approaches with a free offer.

Demo a VR experience, he says, and you’ll be entered for chance to win a free trip or major discount on future flights. After a hectic morning, you put on the headset and you’re transported from bustling terminal to beautiful, far-off destination. Suddenly your business trip has transformed into a sneak preview of your next 10-day vacation. Since you viewed it through Virgin's VR demo you also get a major discount from booking the flight in advance.

The Realities of VR Development

If you’re as excited as we are about VR, then it’s time to start building your brand’s own virtual world. First, know your market. Who do you want to reach with your VR experience? Targeting the wrong person could mean a failed investment. When we built Tiny Eye, we wanted to make it accessible to families and youngsters of all income levels. That led us to develop the VR seek and find experience for Google Cardboard, a simple but fun VR platform. Also, be sure to create a prototype. VR is very much a developing technology, so use a prototype to work out the kinks. You don’t want viewers to forever associate a buggy or nausea-inducing experience with your brand.

Finally, make it unforgettable. For many viewers, yours could be their first exposure to VR. Wow them — make them glad you got to them first. Just remember, the bar rises every day: It’s already possible to climb Everest, experience the Apollo 11 moon landing as Neil Armstrong, and visit war-torn Damascus. When you’re ready to get real about VR, so are we. Give us a call, and let’s talk about what we can do to propel your brand with an immersive, out-of-this world adventure.