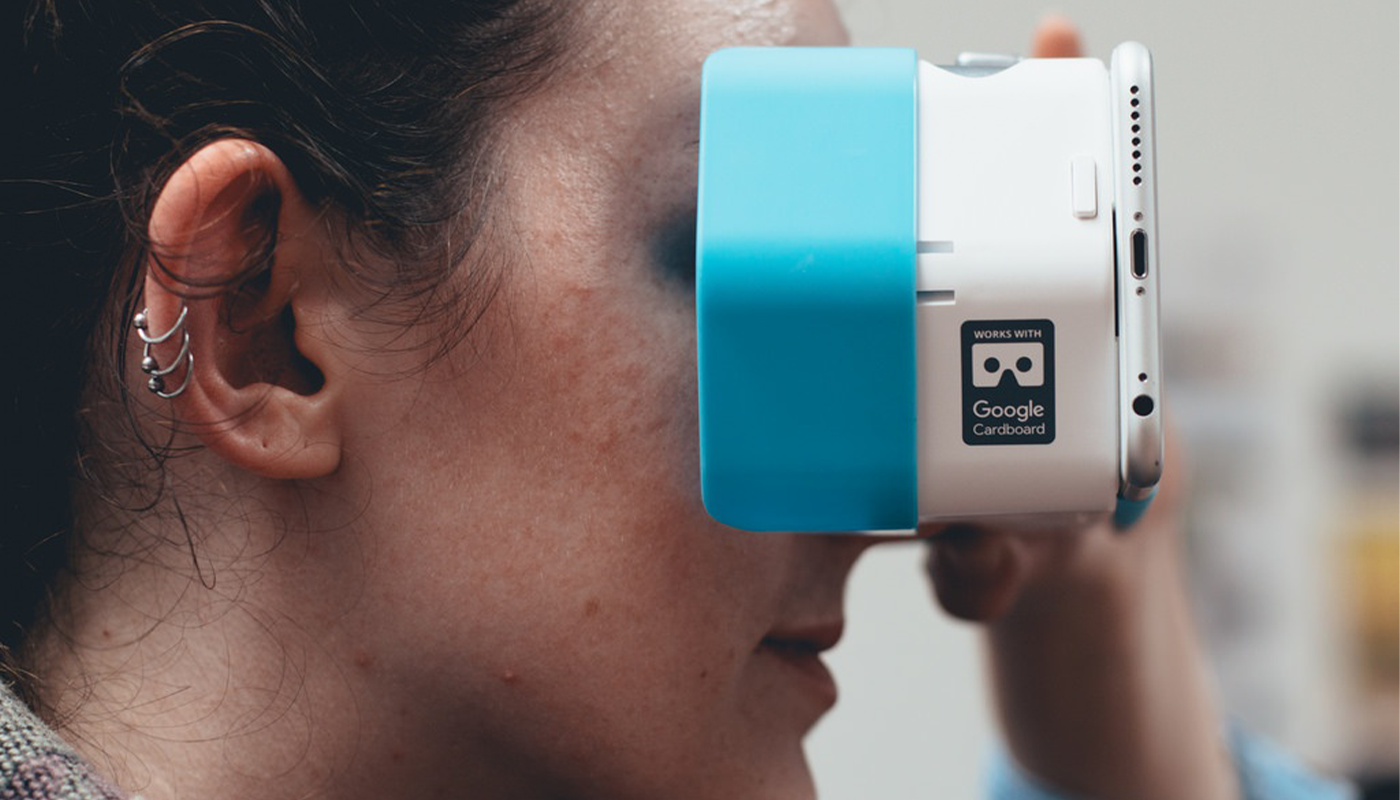 As a product designer focused on user experience, I've had the ability to witness the evolution of two of the newest virtual reality devices: Google Cardboard and Oculus Rift. The verdict? Both offer engaging VR experiences that highlight key differences in product design from parent companies Google and Facebook.

The Experience: Rift vs. Cardboard

Oculus Rift has been in development for over four years, and it’s received a massive amount of press. The large screen and hands-free design make for a completely immersive experience. It’s surprisingly comfortable and small touches really make it shine, like a dial that accounts for differences in diameter between users’ eyes. While the multiple head straps can be a little cumbersome at first, they’re easily forgotten once the experience begins.   Rift has its own rich library of games and experiences, and popular games originally designed for other platforms such as “Half-Life 2” have been ported over to be compatible. Rift's ability to reach a broader audience will only grow as its partnership with Facebook yields new possibilities for the integration of VR into our daily lives.

While Oculus Rift’s price and design are geared toward diehard VR enthusiasts, the makers of Google Cardboard aim to reach the masses by pairing a low-cost cardboard cutout with the technology that already exists in our smartphones today.

The inexpensive design, however, doesn’t prevent Cardboard from carving out its own space within the VR ecosystem. While both devices offer total 360 degree immersion, Google Cardboard is much lighter by nature of design, and is perfectly suited for shorter experiences. Because Cardboard requires you to physically hold the device up to your face it's easier to fatigue more quickly, as we found out when testing our new VR app, Tiny Eye. Since it has such a low price point, Cardboard is an affordable entry into VR for most. After initial set-up (which admittedly can be be a bit tricky) Google Cardboard is extremely accessible and easy to pick up and simply start using.

Some of the most inspiring uses of VR are tailored for mass-consumption with Cardboard. NYT VR, for instance, allows viewers to experience The New York Times’ journalism firsthand, transporting them to war zones in Syria, vigils in Paris, and even to meet contenders for this year’s U.S. presidential election.

Because VR devices, including Rift and Cardboard, are brand new to the consumer market, some users are still hesitant to give them a shot.   Here are a few of the concerns I commonly hear regarding VR:

This is largely a matter of education and market saturation. Because VR is so new, many potential users don’t yet know why they’d want a VR device.   Plenty of people think VR is just for gaming, yet the possibilities are so much broader. VR is opening whole new worlds for people. For example, World War II veteran Dale Garrett used his Cardboard device to take a virtual trip to a war memorial that he wouldn’t have been able to visit otherwise.   The wonderful thing about VR is that it offers an incredible range of experiences right from your very own room. Visit a museum, explore space, learn a new skill, or even shop for a new car. Even right out of the gate, VR offers something for everybody.

Many VR developers, including Oculus, Samsung, and PlayStation, have iterated their device designs and are shedding their bulky old prototypes. They’re producing lighter, slimmer, and more aesthetically pleasing versions.   Check out Microsoft’s HoloLens for an example of how sleek a VR device can be. Like we saw mobile phones become smaller, lighter, sleeker, and, yes, cheaper — the same will be true for VR.   If freedom of movement is a concern, consider giving Google Cardboard or Samsung Gear VR a shot. While they’re less powerful than Sony’s PlayStation VR or Oculus Rift, they’re wireless and require only your smartphone to operate.

Some dismiss VR as escapist — another excuse to distance oneself from family and friends. Remember how “all this technology is making us antisocial”? Others worry that they look silly wearing the devices.   Only a few years ago was a time before people bought technology as indicators of wealth, fashion and status. These issues will likely solve themselves as VR becomes more and more prominent.   Media may very well play a big role in normalizing VR — The New York Times has already shipped free cardboard viewers to more than 1 million print subscribers. Expect the stigma to fall away as people become more familiar with seeing VR.

VR has had a unique development history, and there have been plenty of failures along the way. But no new technology is developed without a few speed bumps, and VR is poised to change users’ lives by shaking up fields ranging from optics to education to entertainment. VR is here, and developers across the globe are hard at work making it less cumbersome, more immersive, and more intuitive than ever before.