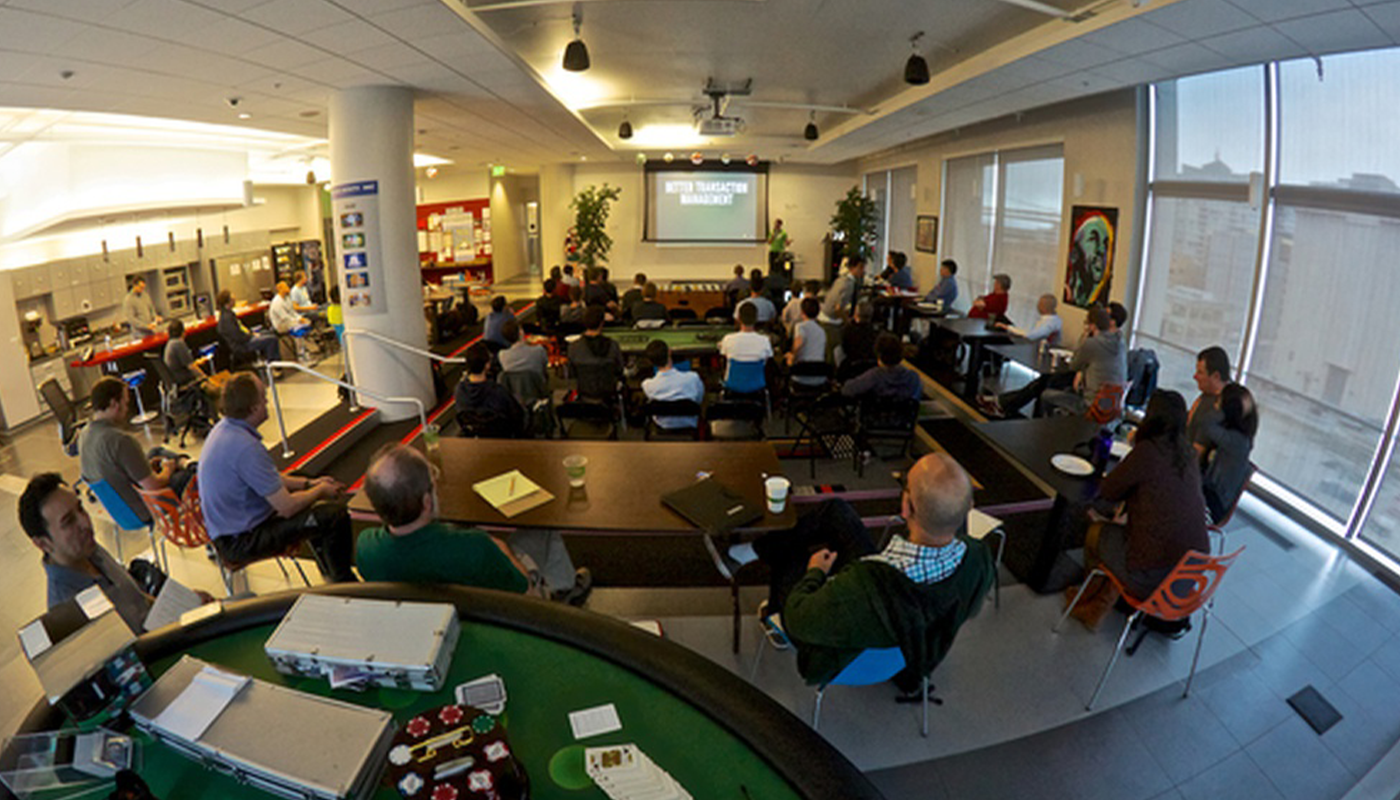 Five Star's CTO and Co-founder Matt Doka gave us a great talk on using Celery and AMQP to handle asynchronous tasks. The talk was very in depth and there was quite the Q&A session at the end of the talk.

We learned quite a bit about Five Star's use cases, which often times involve sending SMS and relying on other 3rd party services that are slow to respond. They specifically use RabbitMQ as their AMQP server and showed us another helpful tool called Flower to monitor Celery.

After the talk the FiveStars team did a bunch of extra credit putting together a more detailed version of the talk as well as a github repo with a vagrant virtual machine that's a fully working celery demo.

Ansible is a new deployment management tool, written in pure python, which has started to gain traction as an alternative to Puppet and Chef. Matt Makai gave us a talk on the basics of Ansible and how to use it to automate deploying a simple Django application.

Matt taught us about the general Ansible vocabulary such as Playbooks, Variables, and Roles as well as how to organize your first Ansible project. He showed us that there are core modules in Ansible for dealing with Django's common deployment tasks such as the manage.py commands.

At the end of the talk Matt also introduced us to his open source project, Underwear. The library's ultimate goal is to have an out of the box solution to easily get a Django project deployed.

At Hearsay Social, Scott Lobdell shared with us his adventure in facial recognition to create automated theme music and announcements for teammates at work.

We got an in depth look at opencv and other open source libraries Scott used to implement the actual facial recognition part of his project as well as a story on his progress from a simple setup to the final hardware (camera + speakers) he used to complete the entire system.

One of the most interesting topics was how do you create a training set for the software and what are some of the different algorithms used to match input from the camera against tens, hundreds, thousands of photos of people in the office to get an accurate match. There was also a live demo involving people from the audience and training Scott's program to recognize them.

The most recent meetup took place in March at Cloudera, where Abe Elmahrek talked about how Hue's Django application integrates with NoSQL data stores.

Hue, an application that has had many versions over the past several years, is a large Django site that has many Django apps, which make up the entirety of it. Abe told us about how Hue, an open source project, has been rapidly developed over the past few months in part due to it being based on python and Django.

Abe also took us through many of the different Django apps and showed us how they've extended Django to help aid them in integrating with the different Hadoop data stores.