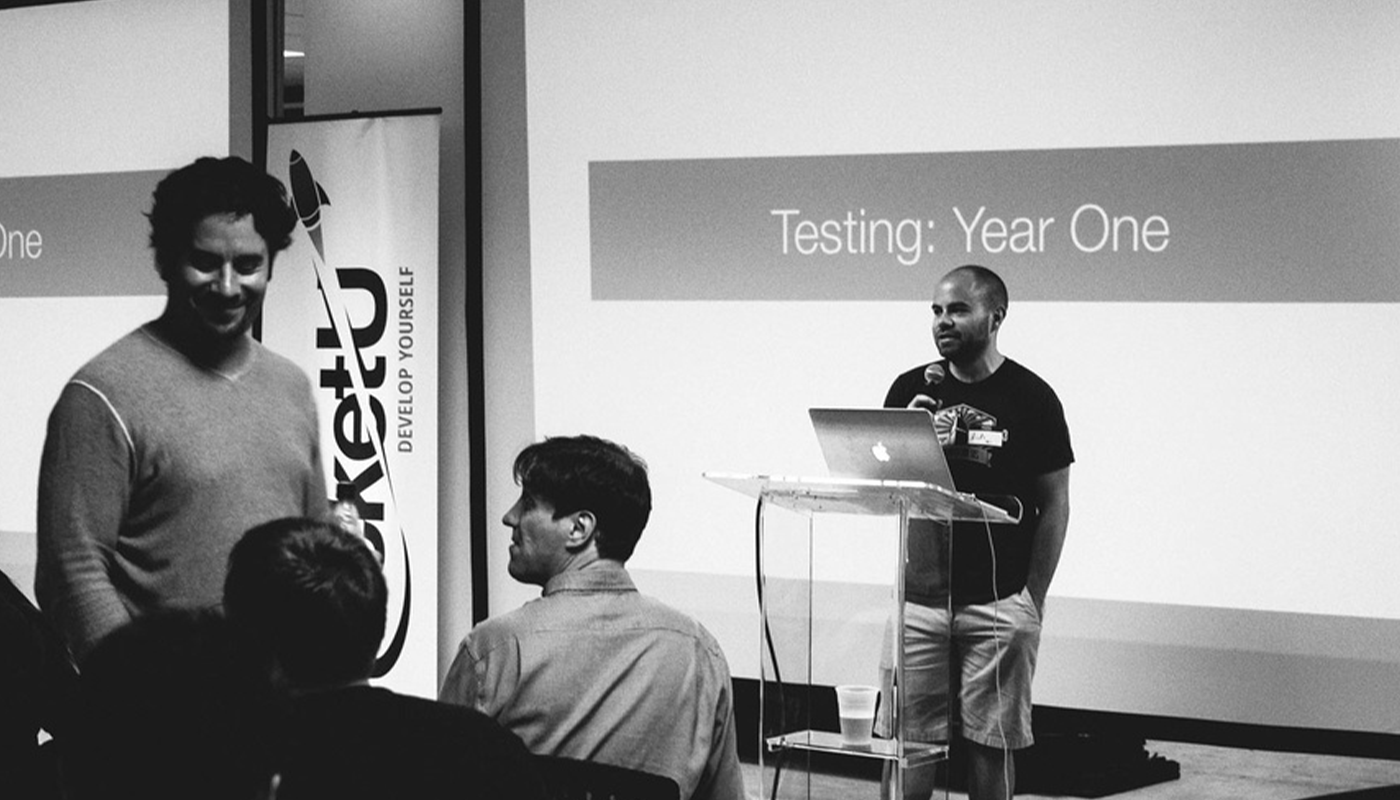 In August we had great talk given by Chris Clark, co-founder of ePantry. The meetup was held at Rocket Studios, the event space managed by RocketSpace, and sponsored by RocketU with free drinks and pizza!

Chris gave us the low down on how he tackled implementing a test suite for a large, pre-existing codebase from the ground up. His talk covered how they tested their whole stack from front to back and explained the various types of testing with great examples along the way.

The talk sparked a lot of discussion, which also continued on the meetup's event page in the comments section. People were asking questions around behavior driven development, selenium testing, continuous integration and more.

Bonus! Cheating Your Way to #Webscale & 6 Years with Django at Prezi​

In July and June respectively, we also had two other great meetups! Matt Robenolt, lead operations engineer at Disqus and core contributor to Sentry, gave a very interesting talk on how he's led both of his projects to scaling with a large user base. Some of his valuable insights included talking about how they use Varnish to cache their web responses to lighten the load on their actual application servers.

There were also mounds of grilled cheese and cookies, generously supplied by Disqus. You should be upset if you missed it!

Szilveszter Farkas, an engineer at Prezi, brought us on a journey through Prezi's tech stack and how it evolved from a small Django app to now. A clear pattern from this talk and Matt's is that there is a supporting suite of tools commonly used around Django that helps it reach scalability to many end users.

Prezi has been using Django for over 6 years now and the main take away was that they moved to a Service Oriented Architecture (SOA) to really handle the size of their application. This is a common trend among companies that end up with a large Django application, to split it out into multiple services.